The art of Last Stitch has been a journey that started in the previous game, All the Bad Parts.  And while the world art evolved, the character art stayed true to its roots.  And lo did those two art styles battle, CAGE MATCH STYLE!  In one corner we had outlines!  Cell Shading!  Chunky character design!  And in the other corner, bold crisp colors!  Details!  Sweet mustaches!

Up to now, the art has been this hodgepodge of dark outlines on characters, crisp no-outlines on the world.  BUT I REFUSE TO BARE WITNESS TO ANY MORE HODGE!  It’s time to commit.  It’s time to redraw alllllll the characters.  And I now know it’s something that needs to be done to make this game the best it can be.  THE WORLD DESERVES NOTHING LESS.

And if the player/guard tests are any indicator, I think it’ll totally be worth it. 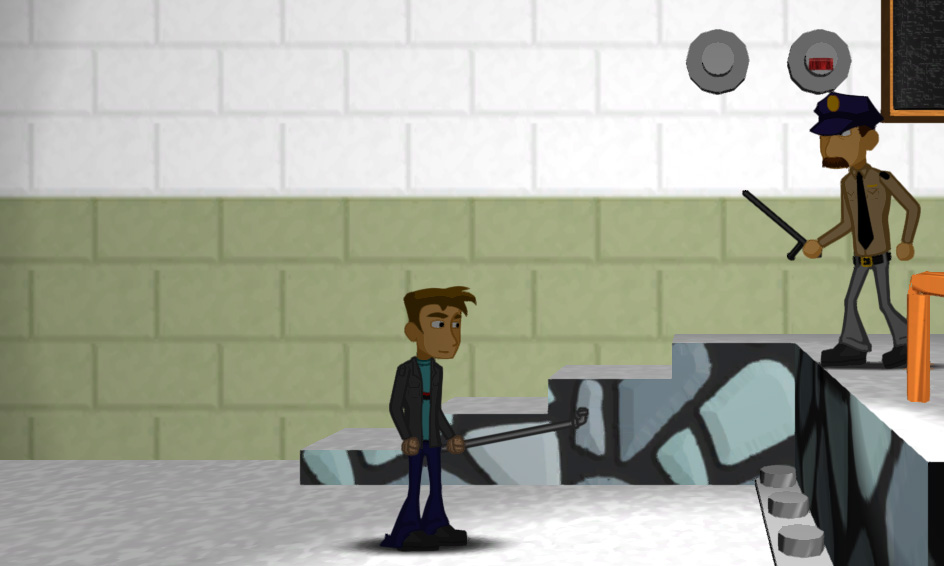